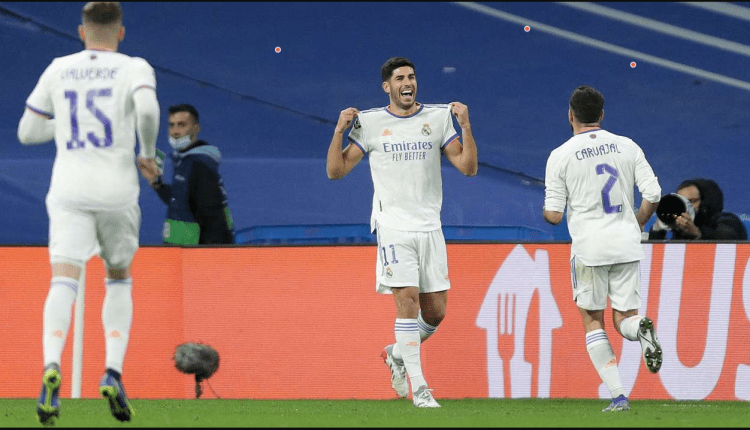 Real Madrid ensured they would be seeded in the UEFA Champions League (UCL) round of 16 draw, after beating Inter Milan 2-0. The 13-times champions saw off a spirited Italian outfit at the Santiago Bernabeu, extending their unbeaten run to 12 matches.

A clash between two European heavyweights provided an interesting clash of styles in the first half, with Inter controlling the play while Real Madrid sat back and relied on the counter attack. ‘Los Blancos’ struck first as Rodrygo’s square pass found Toni Kroos on the edge of the box, and the German finished beautifully into the bottom corner to give the hosts the lead.

The ‘Nerazzurri’ weren’t dismayed by falling behind, firing a remarkable 13 shots on goal before HT. However, only one of those was on target, leaving Thibaut Courtois with little work to do. Carlo Ancelotti’s men remained the more dangerous side, and were unfortunate not to be awarded a penalty after Denzel Dumfries’ challenge on Vinícius Jr. Luka Jović was the next to go close, chipping Samir Handanović but his effort hit the side netting. Inter were lucky not to be two down at HT, after Rodrygo hit the post in the closing stages.

Simone Inzaghi won’t have been too upset with his side’s performance at the break despite their lack of cutting edge. They did get through the hosts’ rearguard moments after the restart, as Hakan Çalhanoğlu slotted in Nicolò Barella, but the Italian wasted his golden opportunity, blazing the shot over the bar.

Barella’s half went from bad to worse as he was sent off just after the hour mark. Having been sent crashing into the advertising hoardings by Eder Militao, Barella’s reaction was deemed to be violent conduct, having moved his head towards the Brazilian and struck his leg. Real assumed control of the game, and doubled their lead as Marco Asensio, fresh from being brought on, spectacularly curled a shot into the top corner to put the game to bed.