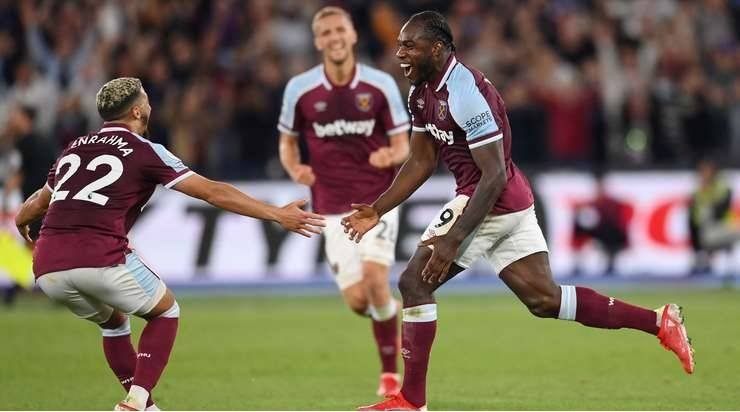 West Ham have picked up two of their two Premier League wins this season with a 4-1 home win over Leicester on Monday night.

London Stadium is often referred to as a stadium without a soul, but Hammers supporters created a buzz on their first visit to the venue in more than 18 months. They only had 25 minutes to wait for their team to score as Pablo Fornals’ final leg moved swiftly. The Spaniard was the center of attention early on – he was a threatening centre-forward and also committed a foul for which Leicester’s Ayoze Perez was sent off. Referee Michael Oliver waved towards the game, but a VAR check ruled the man’s dismissal at the fox. Although the challenge was not intended, his ruthless nature silenced Perez’s protests.

A man took the lead letting West Ham dominate after the break. His second goal, however, was due to Leicester’s negligence, not his own brilliance. Shaglar Soyunchu could not find Casper Schmeichel as he put the ball in his path and Mikhail Antonio was ready to intercept before he found Saeed Benrahma in the box. With flattery in no man’s land, the Algeria international has made no mistake. As the match continued, Yuri Tillemans rushed home to cut the distance in half. Antonio put the icing on the cake at West Ham and fired in a corner to become the club’s top scorer in the Premier League with 48 shots. The 31-year-old has yet to cross the finish line there – four minutes later he cruised past Schmeichel to complete the loss.

David Moyes will be content with this form – for the first time since the 1997/98 season West Ham have a 100 per cent record in the top field after two appearances. Meanwhile, Brendan Rodgers will regret Perez’s red card which came at a crucial moment in the match.